What a fun makeover this was!
We started with an awesome non-functional mid-century modern stereo console....
Chase was happy to do most of the deconstruction of the stereo.
He was fascinated by this strange thing called a "record player..." :) 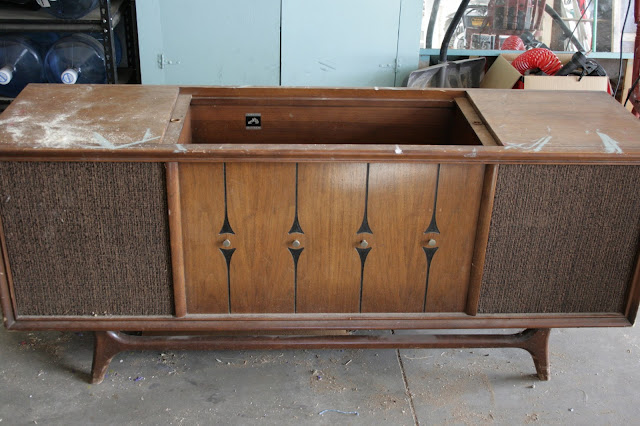 To make a long story short,
we gutted it, removed the speakers and backing, built a new top,
added awesome antique hinges, made a new back with reclaimed lumber planks,
painted, distressed a bit, waxed, buffed,
took it to the WildHare FleaMarket, sold it,
then remembered I had no "after" picture....:(
The new owner was kind enough to let me snap a photo later, thankfully.
So here it is... 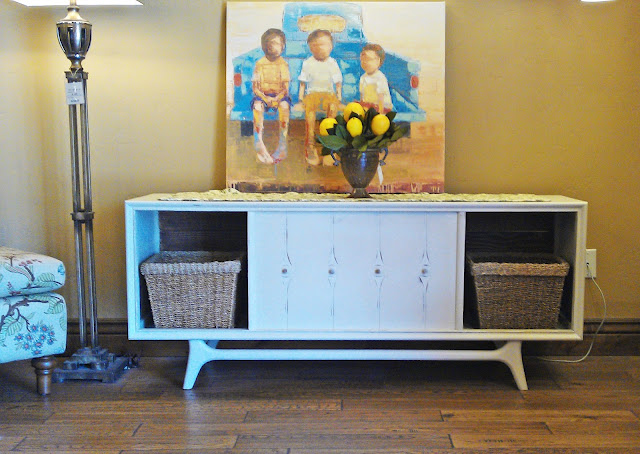 The "after" photos are from my phone... not the greatest... 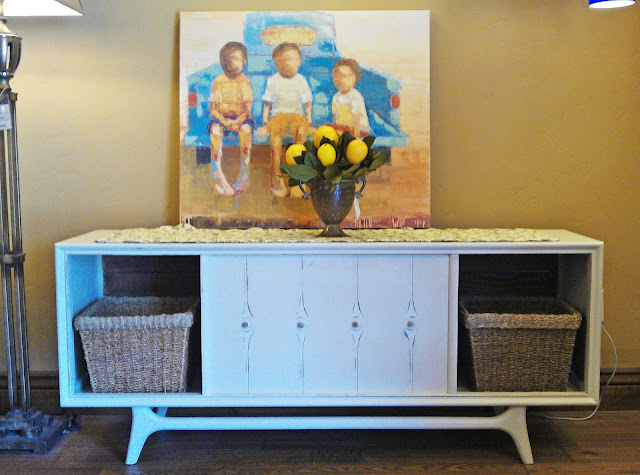 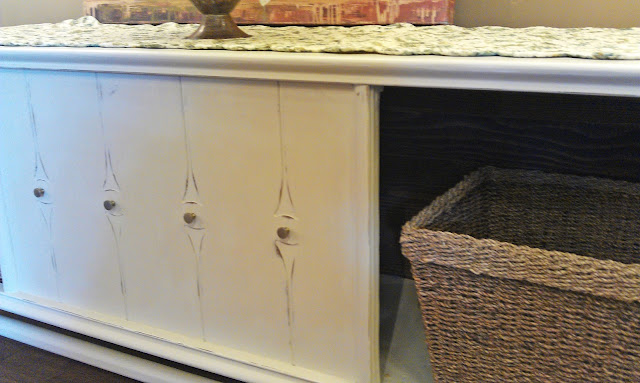 What fun, eh?
Have an awesome day!
Linking with Miss Mustard Seed's FFF ﻿
﻿
﻿
Posted by Danielle Andrew at 9:49 PM

Danielle Andrew
Hi there! Welcome to my blog, where I document the fun times I'm having with furniture. I'm a SAHM to three awesome kids and a wife to OHTF (One Hot Timber Framer.) I love to refurbish, repurpose, recycle, re-do and otherwise re-create pieces of furniture...It's my idea of a good time.